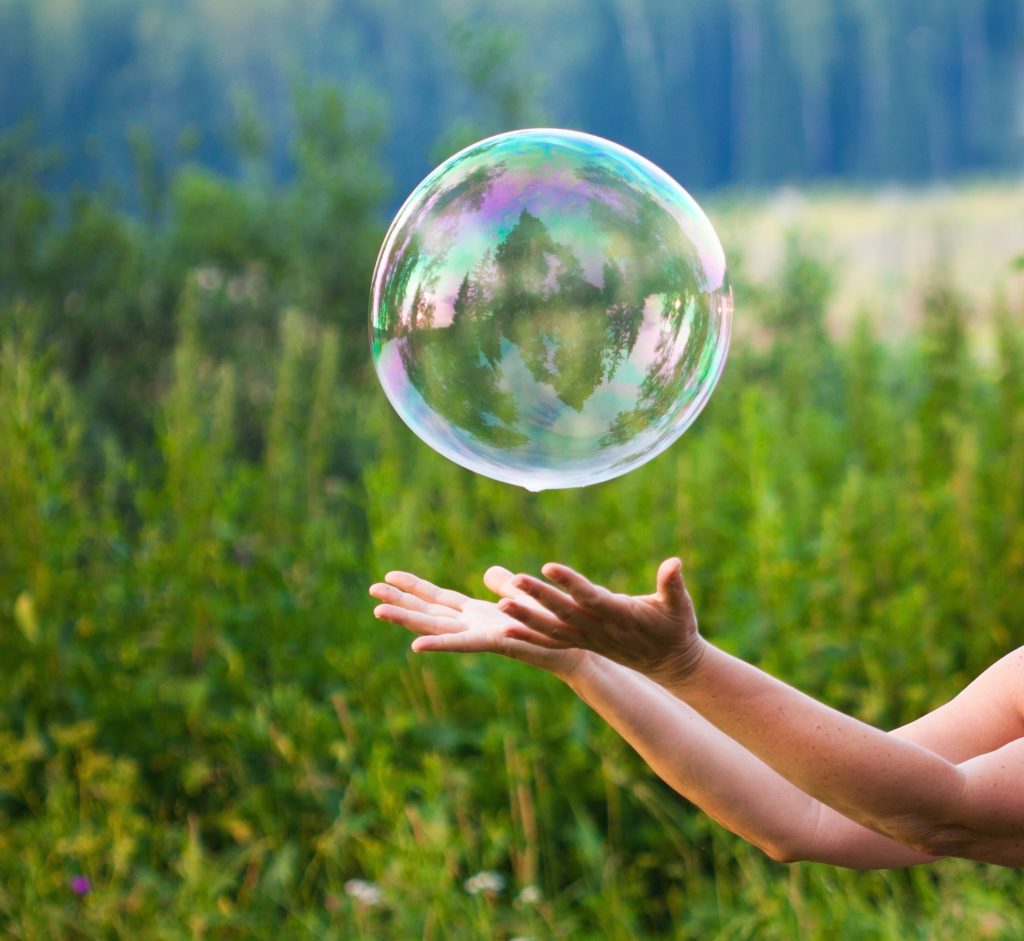 Bubble or No Bubble?

The “B” Word – Is California in the midst of another bubble?

Home prices are rising rapidly in California. Following a brief pause after the first-time homebuyer tax credits expired, California has experienced nearly 68 months of consecutive year- over-year growth. And the growth is not restricted solely to the core, coastal job centers as in the past; the inland Empire and Central Valley, which were hit much harder by the housing downturn, have seen solid gains. Prices in Kern have doubled and the median price in Sacramento has more than doubled since hitting bottom. Marin and San Mateo saw their median prices rise to just over $1 million, San Francisco and Santa Clara topped out in the six-figures,  and Orange County also reached a new historic high in 2017.

What is driving prices up?

The surge in home prices is a result of California’s inability to produce enough housing to keep pace with both population and economic growth. We have had nearly 30 years of systematic underbuilding leading up to the recession, and measuring from when the recession ended through the end of last year, California has added approximately 2.1 million  jobs yet only permitted 450,000 new housing units. The math is simple, and couple that with our strong economy and the recovery of all of our high-skilled, high-wage jobs, the outcome is predictable: the demand for housing has pushed against the chronic under-supply of housing to send home prices up to levels that we haven’t seen since the last peak. If a seller were to put their home on the market today, they could expect it to sell quickly and for top dollar.

So, what’s the problem?

Strength of the good news for sellers couples with weighty headwinds for potential home buyers. The rapid growth in home prices has far out distanced growth in incomes meaning that prices have begun to de-couple from incomes, something that was part of the past housing collapse. Couple this with the out-migration patterns  (roughly 830,000 working-aged adults left the state during the past decade), dipping home ownership percentages (California is a 54% homeownership state per Census Bureau records), and the downward slide of the Housing Affordability index (this measures percentages of households that can afford the median-priced home), and lastly, that historically low interest rates cannot remain present forever, the question gets raised, “have home prices reached a level that is no longer sustainable?”

Are we at a tipping point?

There are a few things to consider before concluding that we are or are not at a tipping point. First, the average contract rate for a 30 year, fixed-rate mortgage remained below 3.9% through the third quarter of 2017. With rates so low, most borrowers have locked into fixed-rate loans which means, unlike last time, borrowers’ payments are fixed. Secondly, if we look at the cost of servicing debt rather than comparing prices to income, the payment on the median-priced home would currently garner just shy of 55% of the median household’s income, which is far below the 90% income that was being consumed in 2006 at the time of the housing collapse. And lastly, not every market is overvalued in California. The most overvalued markets are located almost exclusively in the Bay Area with Orange County a near competitor. Many other areas still have room to run which is starkly different from 2006 when you could have been blindfolded and played ‘pin-the-tail-on-the-map’ and had a high level of confidence that you wherever you landed you would hit an area that was 40-50% overvalued.

There are some similarities to the housing crash of 2006, but there are many unique featuresof today’s market that point to a different outcome for the housing market than we saw in the recent recession.  The most notable being the stability of the current mortgage pool, continued low interest rates and the fact that the current prices run concurrent with and are supported by a much higher employment and population base. This is not to say we are not in a housing bubble or that prices are sustainable over the long haul, but the immediate future doesn’t lend itself to forecast an imminent correction.

As always, we are here to help you navigate our current market. We have successfully been helping both sellers and buyers over the last 35 years and helping is what we are passionate about doing. Call us to set up a free consultation. 626.688.9890